Check out these AgTech startups to watch 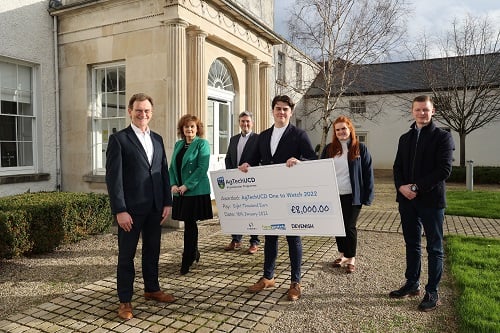 AND THE WINNERS ARE...

The programme was expertly run over a 12-week period in difficult circumstances (did we mention the pandemic?) by Niamh Collins, AgTechUCD Innovation Centre Director, who said:

“We will continue to support our first cohort of start-ups, who are disrupting the agtech industry, creating opportunities for a healthier, more efficient and more sustainable agri-future” 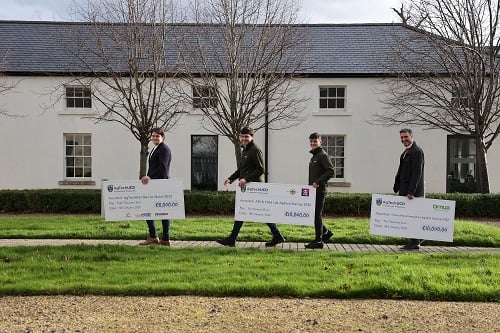 Herdwatch CEO Fabien Peyaud took part in mentoring sessions and took to the virtual stage during the winners announcement event to tell the story of the Herdwatch "Agtech journey" - The good, the bad and the ugly!

Peyaud said: “We had the chance to participate in a similar programme in 2015 - the AIB Startup Academy - and ended up winning it, which was a huge milestone for Herdwatch. But taking part in the programme was as valuable as winning it, and I think all 8 startups will benefit greatly from the AgTechUCD Agccelerator Programme, and we are very proud to have been able to support it.”

Izario (Winner, Herdwatch Carbery & Devenish One to watch 2022) has developed an autonomous robot that operates in broiler-breeder and commercial egg-laying hen barns. The robot carries out tasks similar to the farmer such as picking floor eggs, monitoring bird health and welfare along with monitoring the sheds environmental outputs. The robot reduces labour inputs whilst also allowing farmers/processors to make informed decisions based on data. The founders of Izario, based in Galway, are Raymond Heneghan and Stepan Dzhanov.

ProvEye (Winner, Ornua Most Innovative AgTech Start-up 2022), a UCD spin-out, uses first-to-market intellectual property to process and analyse UAV and satellite imagery to obtain insights into the efficiency and sustainability of the agricultural industry. The software gives unprecedented accuracy in the measurement of crop yield, disease detection, productivity, and environmental impact from leaf to field to farm to the national scale.

The company founders, Dr Jerome O’Connell and Professor Nick Holden, UCD School of Biosystems and Food Engineering, have 30+ years of experience in the delivery of novel software solutions for the agriculture and natural resources sectors.

Cotter Agritech (Winner, AIB and Yield Lab AgTech Start-up 2022), a Limerick-based start-up, was founded by brothers Jack and Nick Cotter, with a vision of dramatically reducing chemical use in agriculture while improving productivity and profitability. The company has developed a system that uses advanced algorithms to enable livestock farmers transition from blanket treating animals with antiparasitic drugs, to a very precise application by identifying and targeting only the animals that need treatment.

This approach reduces antiparasitic drug use by up to 50%, which reduces costs, prevents against parasite resistance, and reduces impacts on biodiversity. Cotter Agritech has recently concluded research trials with UCD, QUB, and 18 commercial farmers across Ireland and the UK which have validated the solution. The hardware and software products are being launched next month.

Beekeeper Tech helps beekeepers to maintain healthy colonies during the year and detect Queen Bees with the best genetic traits in their apiaries to breed the next most resilient and productive bee generation. The company, based in Bahrain, targets mainly the Middle East and North African Beekeeping Market, and was co-founded by Khaled Bouchoucha and Walid Nagara, who are from Tunisia. www.smartbeekeeper.com

CropHound monitors agricultural crops in the field, offering a real-time picture of plant, soil and environmental conditions which helps to boost output, cut costs, and reduce carbon emissions. As well as a number of key data points, such as soil and air moisture, temperature, a live high-definition video image is provided to the farmer’s device which by using Artificial Intelligence, allows up-to-the-minute monitoring of crops across a limitless area.

With CropHound farmers are able to spot signs of stress from pests, disease and weeds and are able to take early action. CropHound thereby helps farmers to increase yields through the accurate application of inputs, decrease costs and lower carbon emissions by reducing chemical usage and preventing unnecessary trips to check crops. The founder of CropHound, based in Belfast, is Mark Elliott. www.crophound.com

Freshgraze is a robotic moving fence and management system which portions out new pasture to grazing animals. Controlled from the farmers’ smartphone small portions of fresh grass are allocated to ensure that the animals do not walk on the food they are about to eat. Small portions of pasture also enable a wider range of plants to be utilised effectively by grazing animals, therefore allowing food be produced in greater harmony with nature. The founders of Freshgraze, based in Co. Westmeath, are James and Charlie Drumm who are both studying Engineering at UCD. www.freshgraze.ie

Niskus Biotec is leveraging the power of fungi to produce eco-sustainable, high-value products such as proteins, nutraceuticals, and enzymes from underutilised agrifood side-streams such as brewery spent grains. Niskus Biotec works with agrifood companies to select the most suitable food grade fungal strains for their substrates, then develops and implements a scaled-up manufacturing process using our specially designed solid-state fermenters. The founders of Niskus Biotec are Vincent Farrelly, Dr Alejandra Omarini and Dr Tony Callaghan, and the company is based in Donegal and in Entre Rios, Argentina.

You too can join over 15,000 happy farmers saving time on farm paperwork and making better decisions – to find out more information or download the Herdwatch farm management app, go to www.herdwatch.com

Previous Free webinar on simplifying calf registrations to include Rugby legend Rory Best
Next FARM SMART: How a Cornwall farming couple manage to spend more time with their family.