Calves registered before the kettle is boiled

Denis Burke is a dairy farmer from Kilmaine Co. Mayo. This west of Ireland farmer milks 130 spring calving Friesian cows. Denis would openly admit he is not the best when it comes to technology. However, Denis is now coming into his fifth calving season using the Herdwatch Farming app, and it appears there is no going back to pen and paper now. 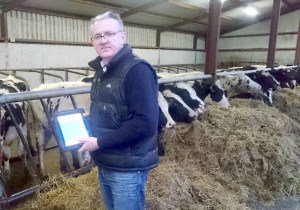 Denis Burke using Herdwatch on his farm in Co. Mayo

“Before Herdwatch I would let calf registrations pile up and as a result some calves could go over the 27 day limit which was a real problem.”

With Herdwatch, this is no longer a problem because he registers the calves as he is tagging them. Calf registration couldn't be easier, simply scan the tag or white card to register a calf. Another added benefit is that mistakes are harder to make as the calf and dam are right there in front of you.

“The calves are registered before the kettle is boiled”. 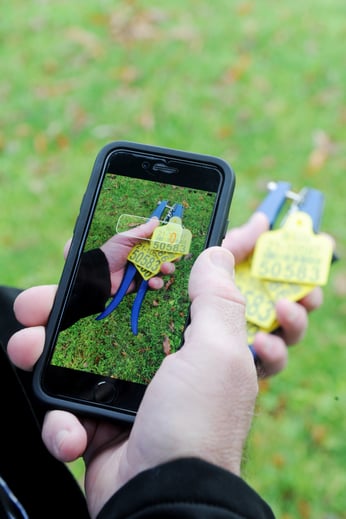 Simply scan the tag to register a calf

Like most Dairy farmers Denis sells a lot of calves in spring and this can be a time consuming process. Denis now uses Herdwatch to apply for instant movement certs.

“I can apply for the Certs as I sell the calves and I get them immediately, so it’s very handy”.

Easy to use on phone, tablet and computer

Denis uses Herdwatch both on his iPhone and iPad. The app is extremely easy to use and can be accessed from multiple devices at no extra cost. It works on Android and Apple devices, as well as on laptops and PCs. 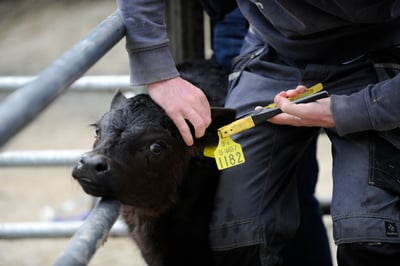 Bord Bia records in your pocket

Recording farm medicines has been a constant challenge for many farmers, and 4 years ago the Herdwatch app came along and made it much easier for farmers to record their medicines by allowing them to record purchases and treatments on the spot using their simple app.  Recording remedies and feed purchases through Herdwatch makes it much easier to keep up to date with the Bord Bia requirements.It’s only a matter of printing the reports when you do get an audit, which are fully compliant with Bord Bia. 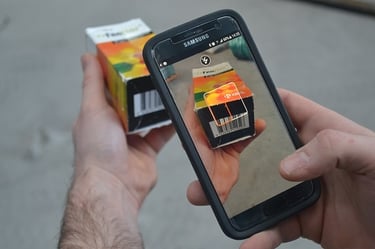 Denis is one of over 11,500 farmers using Herdwatch to save hours every day on farm paperwork. Herdwatch is fully approved by the Department of Agriculture, ICBF and compliant with Bord Bia.

Try the app for free

Getting set up on Herdwatch has never been easier, farmers can now simply download the app and sign up to the FREE-PLAN.

Previous Join the Herd! We are recruiting!
Next Critical Animal Movements information now available in Herdwatch