Farming on the Tipperary/Kilkenny border in Ballingarry, Co. Tipperary, John Fennelly, and his wife Ciara, are new dairy entrants who, up until 2014, were operating a suckler enterprise along with running a contracting business and working off-farm.

John currently farms 155ac of owned land and leases 60ac of adjoining land. John was mostly working off farm as a hedge-cutting and slurry contractor until 2014, when his father hung up his boots, and is now farming on his own with a part-time operator. 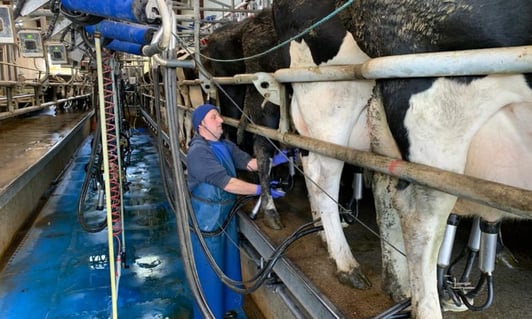 In 2014, his local Teagasc advisor and discussion group, GMP, helped him in making the decision to switch to dairying. He also joined a group for new dairy entrants in Kilkenny run by Abigail Ryan which was, and still is, a big part of his success. From there, he purchased 80 heifers and 10 cows.

John explains: “We calved down 90 animals in our first year and since then, we’ve grown to 170 milking cows and that’s probably as far as we can go with land we have at the moment.

“I started milking in February 2015 and signed up as a Glanbia Supplier. I have always found them to be very supportive.” 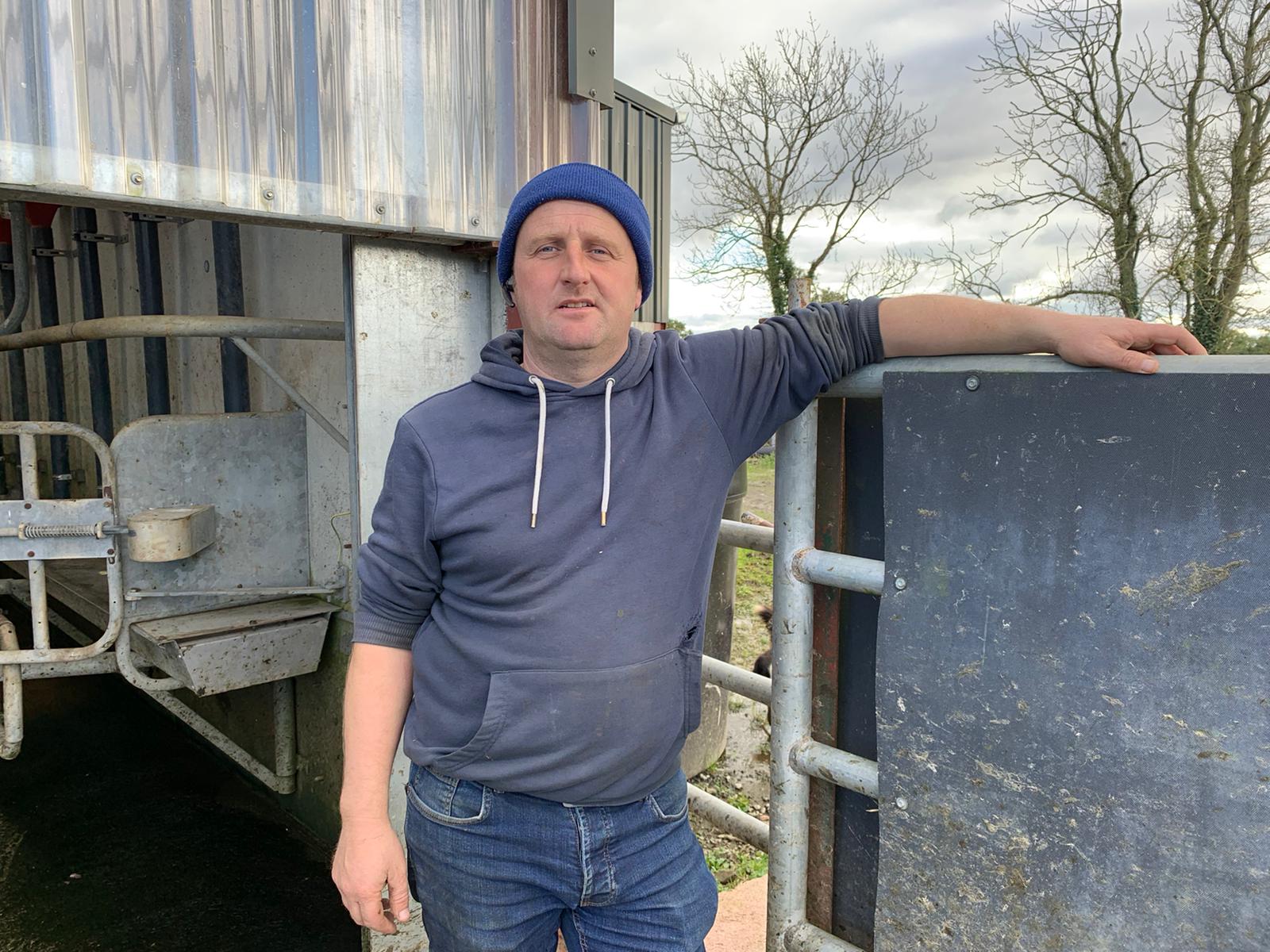 John continued: “The first port of call was stock. I tried to get this as right as I could because it was going to be the building block of the whole lot. The stock I invested in were mainly high EBI Jersey-Friesian cross-bred heifers because of the lower cost system.

“As a new entrant, we wanted to produce as high a solid as we could off grass and keep concentrates to a minimum.

“If you are unsure about EBI, it’s definitely worth seeking advice from your Teagasc advisor or discussion group to educate yourself. My two main aims, in order for my farm business to be successful, was I need to grow and utilise as much grass as possible and maintain a good six-week calving interval.” 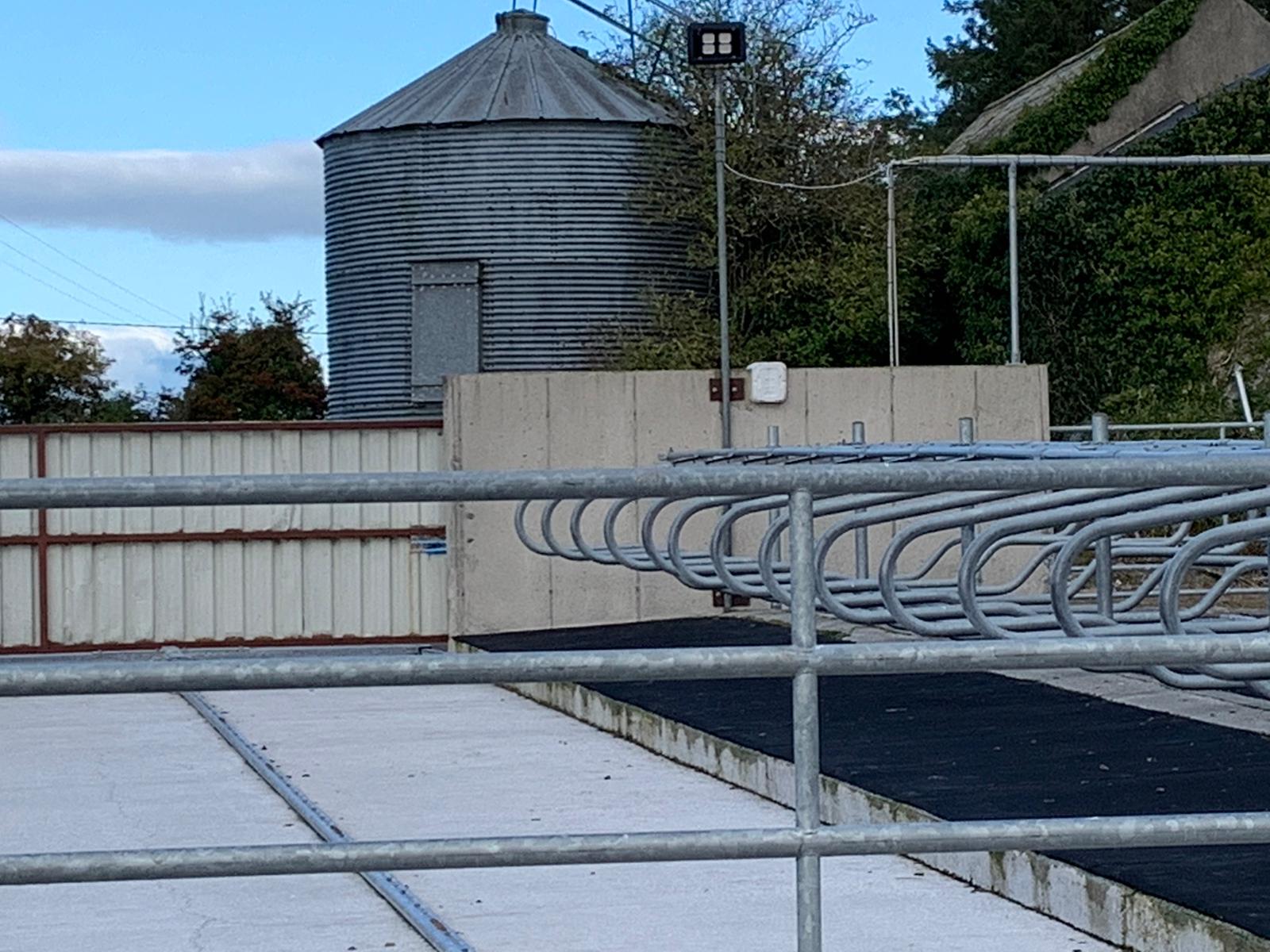 John explained how he uses the Herdwatch farm management app to help manage his breeding: “I record all my serves in Herdwatch. I can then see when my cows are due to repeat, so I know what cows to be watching out for.

“Before Herdwatch, if I lost an AI slip then it was a guessing game as to when that cow was due to calve. Now it’s all in Herdwatch, I can just quickly check which cows are due next."

"Herdwatch allows me to record serves and heat observations and it also notifies me of cows not coming back in heat. Any information I need is in my hand at all times and, in turn, I save money on AI straws as well as getting handy reminders on my phone when cows are then due to calf."

The Herdwatch app lets John manage all of his breeding using his phone and syncs this data with the Irish Cattle Breeding Federation (ICBF). In 2019, he achieved a 9% empty rate which improved to 8% this year. The fertility of the herd along with John’s use of the Herdwatch app helped him to keep improving these results.

For his parlour, John commented: “I built a 16-unit herringbone parlour and converted existing sheds to cubicle sheds and, this year, upgraded the parlour to 20 units because of the growth. 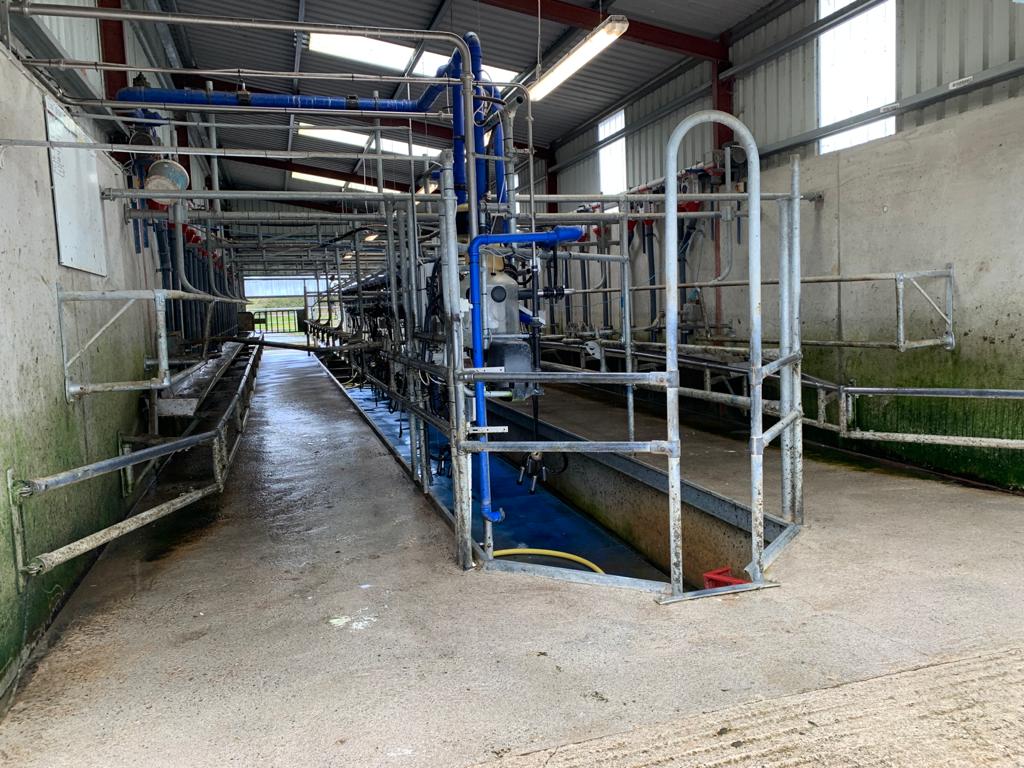 “My land is predominantly heavy so I drained 80ac and reseeded the whole farm over the last 10 years. Soil fertility was our main focus in the first few years which is now mainly in an index 3 and we’re growing 16t of grass a year with the stocking rate the farm is near capacity.

“I put in substantial roadways which extends my grazing season as I run a grass-based system producing 520kg MS per cow on around 750kg of concentrate.” 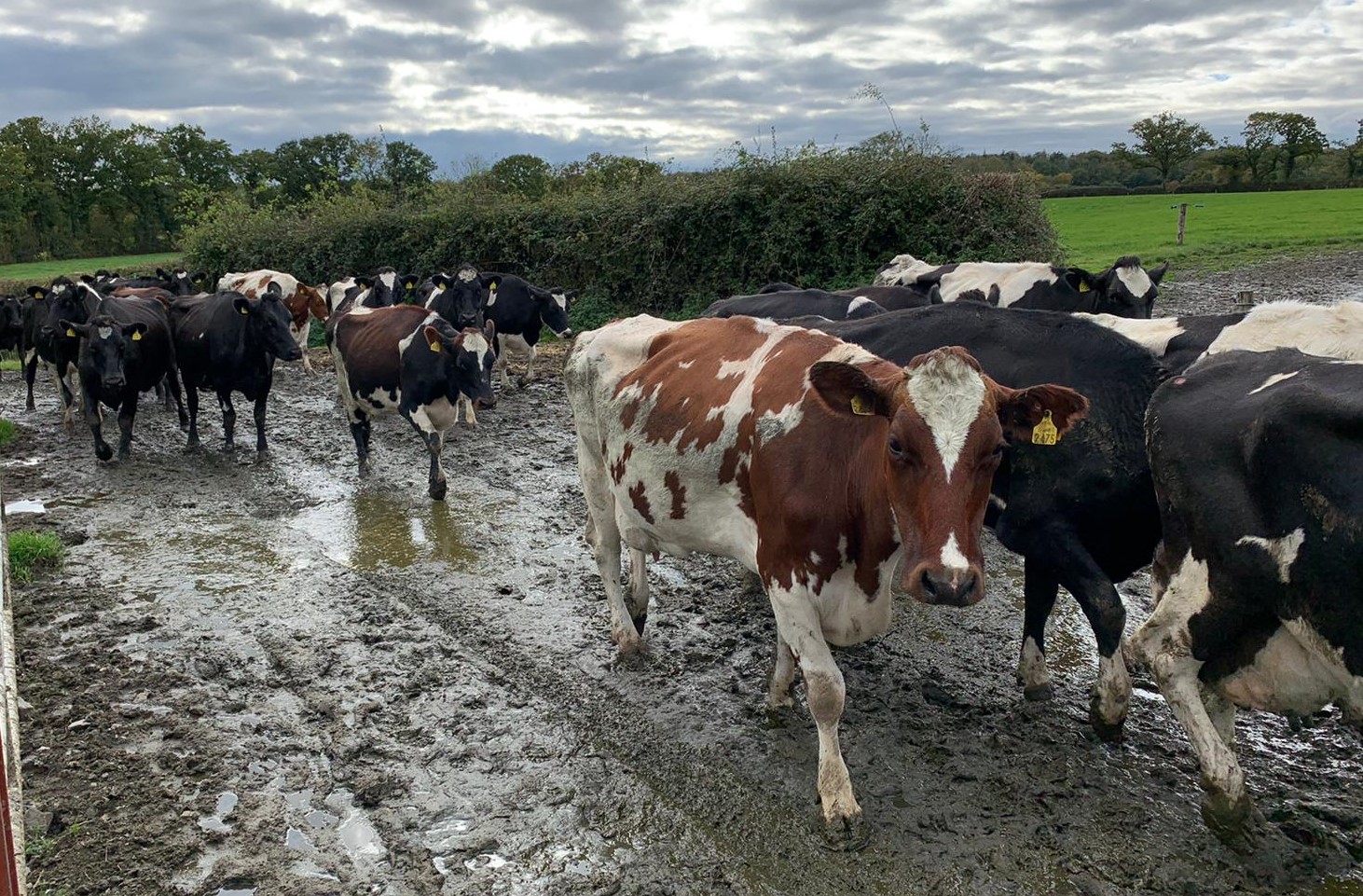 The inclusion of grass in his herd’s diet has had a huge part to play in trying to keep costs down in the business as well as in achieving such a high level of performance from the herd.

On the day, the average farm cover was 959kg DM/ha; the cover per cow was 313kg DM/livestock unit and rotation length was 28 days and the cows were doing 1.8kg MS on 2kg of meal.

“I always found farm paperwork to be very time consuming and inconsistent. Any time spent doing paperwork always felt like it was time I could be doing something more productive on the farm.

“I heard about Herdwatch through a member at a discussion group and I had been using a written diary to record all paperwork from Bord Bia including medicines and feeds. Since I started using Herdwatch I record all purchases and treatments on the app and can do this easily and quickly using the simple-to-use app."

"I can register calves using Herdwatch in less than 30 seconds on the spot, as they are born and the card is then sent out in the post a few days after – done and dusted with no need to use the laptop that night. This frees up a lot of valuable time during the busy calving period."

“I had my Bord Bia inspection recently and instead of spending hours transcribing from a lot of different diaries and bits of paper, the information was all there in Herdwatch on my phone, which to me was absolutely invaluable,” commented John.

“It was a busy week on the farm with silage, etc, and the last thing I wanted to be doing was stuck inside sorting paperwork."

"It was just a matter of running the Herdwatch reports in seconds and handing them to the inspector. Having all the medicine purchases and treatments recorded in the app meant I wasn’t trying to go back over the past 18 months looking for scraps of paper – it was all there in the app at the touch of a button."

“I find the app really easy to use and at the start I phoned the customer care team a couple of times with queries as it was my first time to use anything like this; they are always very helpful and have the answer I need.

“For me the biggest benefit of this app is the ease of use and the time it saves. When I get home in the evening it has eliminated hours of sitting in front of a laptop, and having all that information to hand at any given time is a huge benefit.

“Since I started using Herdwatch, I’ve recommended it to a lot of farmers because I really think this will benefit farmers going forward and help grow their businesses.”

Join John and the growing community of over 13,000 farmers across Ireland & the UK using Herdwatch to simplify your farm paperwork.

Previous No Ploughing, No Problem....Herdwatch has got you covered!
Next FRS services come to the Herdwatch app