Farm Smart: Tyrone farmer cuts out the bookwork with Herdwatch

Farming in Fivemiletown, Co. Tyrone, Chris Johnston is a name that will ring a bell with many farmers in Northern Ireland and further afield.

Chris is farming on a part-time basis with his partner Kendall, and the duo run a suckler farm with store cattle, and keep sheep too. 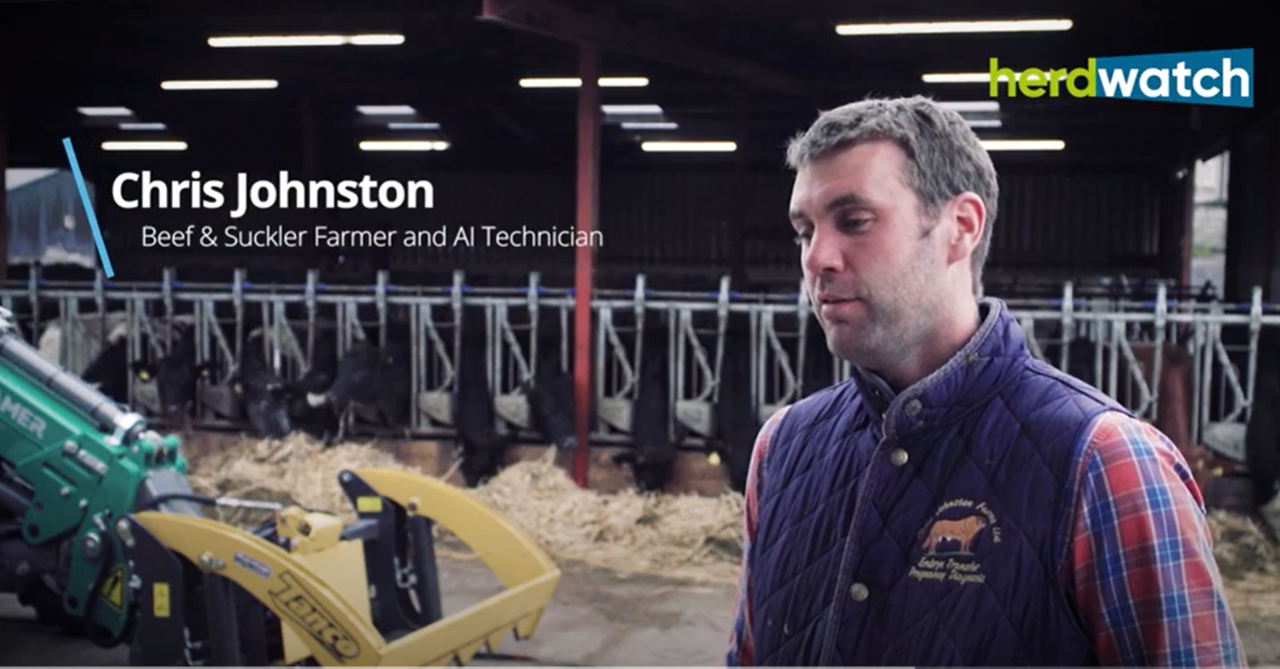 Commenting on how he keeps a record of all the interactions he has with cattle on a daily basis, Chris said: “Going back to pen and paper is definitely a thing of the past.”

The Tyrone farmer and scanning technician noted that in the past he had issues keeping records when out working with cattle.

“I’ve often lost the pen and paper and even the phone, but at least with the phone, Herdwatch will save a record of your information on the cloud so you can retrieve all your data when you get a new phone,” he said.

“I would totally recommend Herdwatch; it’s made life here so much easier – especially for my job.”

He explained: “I don’t keep big number of them, I keep a few of the best quality and then I take embryos out of them and put them into recipients.” Herdwatch at work in County Tyrone

Commenting on how he manages his business, Chris explained: “My job on the road consists of a lot of scanning.

“Dairy farmers would comprise 70% of my work and they need precise dates of all animal activity.

“We manage breeding on a few farms and we use Herdwatch on them too. We can access the farmer’s Herdwatch and walk around their cows and manage them.”

The Tyrone man added that Herdwatch is most convenient to him when breeding cows: “I definitely couldn’t do without it for keeping AI records on dates cows were served and the bulls were used.

“It will flag up repeat dates also so you’re keeping a tighter eye on the cows and it will give you a dry off date also.

“Signing up for Herdwatch was very simple."

“Keeping records for inspections when dosing or injecting cattle has become so straightforward now.

“I just take out my phone and scan the particular barcode on the bottle and Herdwatch then pulls in the info and I can apply it to a batch of cattle.”

Concluding, Chris said: “Preparing for inspections in the past, there was the odd sleepless night, but definitely with Herdwatch it’s a lot more straightforward, everything is on your phone and there’s no stress.”

You too can join Chris and over 15,000 other happy farmers saving time on farm paperwork and managing their farms more efficiently, download the Herdwatch app today.