Based in Tipperary, Herdwatch is a leading livestock management platform used on over 18,000 farms in Ireland and the UK, making it the number one farm management software in those markets.

The Herdwatch platform digitalises and streamlines livestock farming, helping farmers in Ireland and the UK save time, eliminate paperwork and make better decisions in their farming operations.

The app saves farmers an average of 3 hours a week on paperwork, according to a recent member survey by the company which received over 1,600 responses.

Earlier this year, Herdwatch launched Flockwatch, a new platform that helps sheep farmers track ewe and flock performance and streamline compliance reporting. The Company is planning to launch Flockwatch in the US, Canada, New Zealand and Australia in the near future. 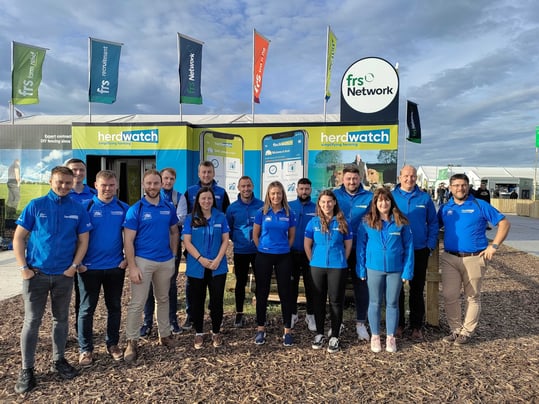 Above: Some of the Herdwatch Team at the recent National Ploughing Championships in Ratheniska, Co. Laois, where the company won an Innovation Award for its Flockwatch sheep management platform.

The company currently has a team of 60 people and plans to increase this to 80 over the next two years to support their international growth and farm digitalisation efforts.

"We are extremely proud of our achievements to date, but there is so much more we can do to help farmers across the world."

He added "We have the ambition, fantastic people on the team, and now the balance sheet to match. This is the start of an exciting new chapter in the Herdwatch story. Watch this space."