John & Caroline Stokes were two happy Herdwatch members this week when they got a phone call to say they had won Herdwatch’s ‘1 Millionth Calf Competition’ which meant they were the new owners of a brand new 8’ x 5’ cattle trailer. 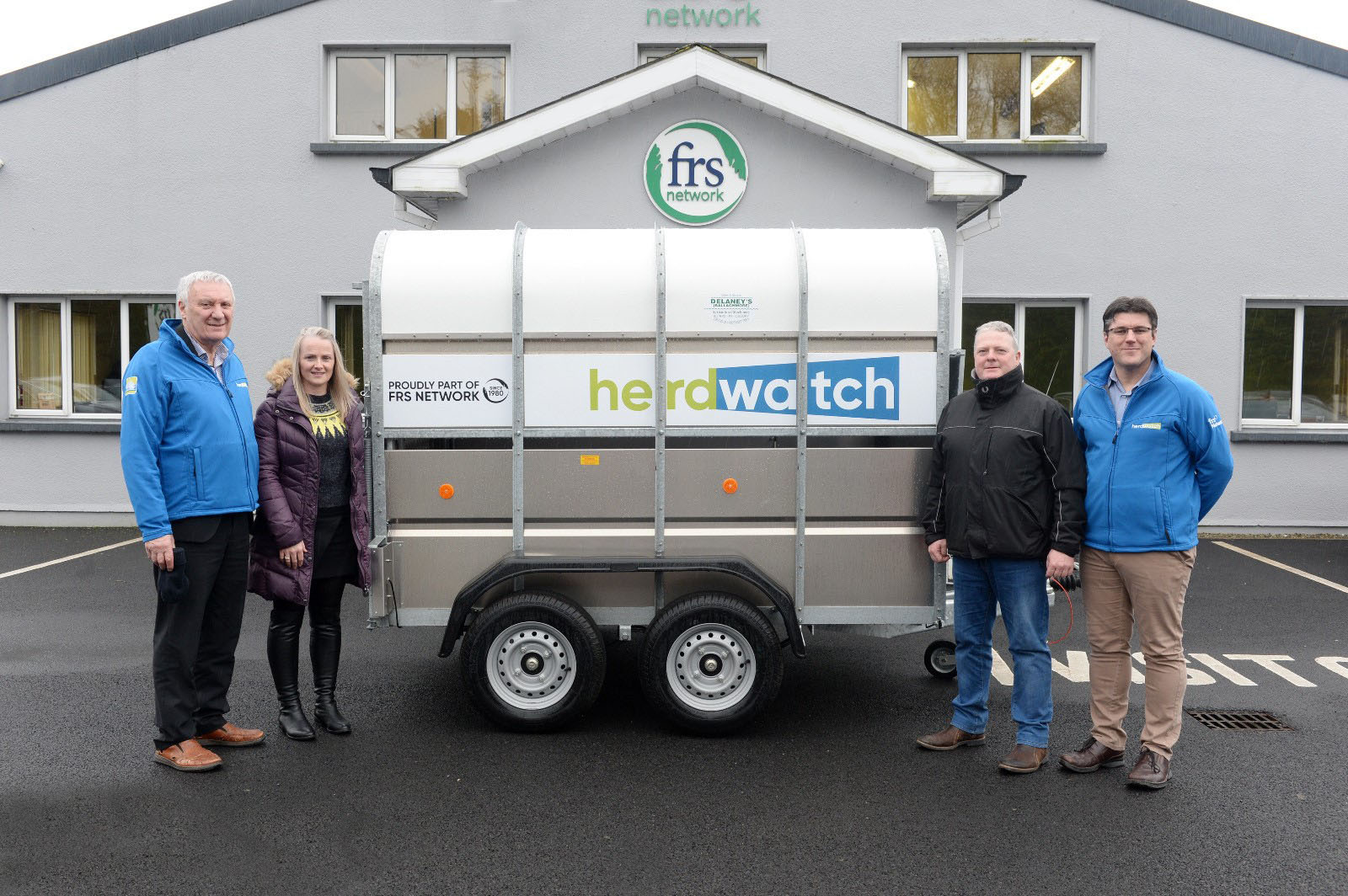 We ran the competition from mid-December right up until the 29th of February to celebrate the incredible milestone of 1 million calves being registered in Herdwatch app. Each calf registered through the app in this period was an entry to the competition and the Stokes were the lucky winners.

John and Caroline are dairy farmers milking 100 cows with a spring calving system in place on about 250 acres and had this to say: John commented “It’s absolutely fantastic to have won the trailer, as far as I can remember we’ve never won anything….. we wouldn’t even win an argument!”

“Predominantly we have Holstein with a cross of British Friesian and we put our heifers in calf to an Aberdeen Angus stock bull. We keep most of the heifers as replacements, sell half the males in the first year and sell the other half the following spring.”

“I was never someone that was into technology and I swore I would never get an iPhone but since I made the change, the Herdwatch app has been a lifesaver when it comes to calf registrations and it takes all the out of Quality Assurance inspections.”

Caroline added “Herdwatch makes life so much easier at home, we have 3 kids, we both work, so I can bring the phone and have all the calves registered in a few minutes when waiting in the car for them after school or activities, it’s that easy. Herdwatch takes human error out of way we used to do things and we no longer have all the pieces of paper, receipts and certs flying about.”

Previous FARM SMART: Taking the stress out of running a family and a pedigree herd
Next FARM SMART: Saving time on farm paperwork in Kanturk