Farming in the scenic stone wall country of Cregmore in Co. Galway, Barney Carroll, and his uncle, Tom McGrath, farm in partnership together.

The duo run a dairy store-to-beef system along with 70 commercial ewes and a small flock of pedigree Suffolk ewes.

Barney’s uncle owns the farm, with Barney saying that his uncle knows a lot more than he does, as Tom has been farming a lot longer than him.

Barney noted that the only way to grow is to learn from the people around you and that’s what he’s doing.

However, he is bringing his own stamp to the farm by adopting new technologies on the farm to increase the efficiency and productivity of both their cattle and sheep enterprises.

A common headache on farms is that of recording. Whether it be the performance recording of animals, or keeping track of purchased medicines or feed, and making sure dockets from purchases are kept safe.

This is no longer an issue for Barney and his uncle however since turning to the Herdwatch app.

Barney heard about the app through the former captain of the Irish rugby team, Rory Best, after he saw him using it on his farm through Facebook. 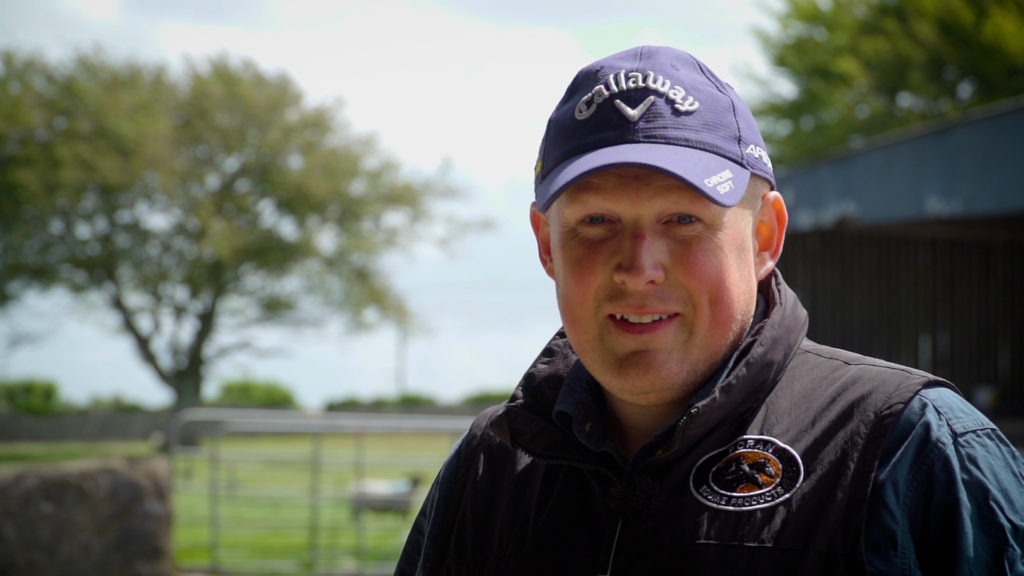 Discussing his initial experience with Herdwatch, Barney said: “I listened to what he had to say about it and ended up downloading the app afterwards.

“Afterwards, Herdwatch got in touch with me about joining and they were top class and fierce easy to deal with.

“It has been the easiest thing to get signed up to, with only a few details needed like your herd number and few other bits and then you’re ready for off.”

The Herdwatch app has offered many benefits to Barney, such as logging purchased medicines at ease.

“Recording any medicines purchased at the vets is one straight away.

“There is no more going back to the shed at night time to get the package to record it in the book and it’s the same way with Flockwatch, as soon as I get anything I need for the sheep, it’s recorded straight away on the phone.

“Similarly, if we are selling cattle privately, all you need is the buyer’s herd number and put it in and you’ll get a movement number that you can send on to the buyer as a link and that’s it done,” said Barney.

Talking about the app’s ease of use, Barney said: “It’s the simplest thing I’ve ever used.

“In terms of farm inspections, I have only started using the app since our last inspection, but I think going forward it’s going to be very beneficial.

“I’ll just have to print off the Bord Bia inspection report form and it’s there ready to hand over.

“All the land on the farm is marked out on the phone and it allows for me to keep track of what and how much fertiliser and/or pesticides have been applied where on the farm.”

“Once concentrate feed is dropped at the farm, the docket is left by the deliverer and all I do is input it straightaway on the phone in Herdwatch.

“You can keep track basically of everything you buy without having to go back looking for and over dockets – which we did in the past which took up a lot of time and ran patience dry,” concluded Barney.

Barney said that he has only started using Flockwatch since the middle of spring but is already seeing the benefits it brings to the table.

“We find it excellent and going forward it will really be of benefit to us here.

“For example, when the ewes lamb down, input the tag number and input what they and any other information you’d like to record about them then and there.

“The folks in Herdwatch recommended the EID reader and when I’m using it, all I have to do is have the app opened on the phone as they are connected using Bluetooth and as easy as that, information is recorded,” said Barney.

Discussing the benefit of recording animal health and performance on Flockwatch, Barney said: “If I see a lamb that is not thriving as well as I’d hoped for, I can make note of that lamb and the mother of the lamb and juts keep an eye on it.

“If some lambs haven’t reached a certain target we can look at then maybe culling some ewes and continue to increase the efficiency and output of the flock by not keeping unproductive animals.

“This backend we’ll be splitting up the ewes and running two rams, so on Flockwatch we can create two groups and when the ewes lamb down, we can see what group they were in and what ram served them.

“So instead of putting marking spray on ewes, this cuts outs ewes having different spray marks all over them and everything we need to know about the ewes is on the phone now.”

According to Barney, you can’t go wrong with the app; he said it’s the easiest thing you can use.

Barney told the team at Agriland how helpful the team at Herdwatch has been. He said: “Even if you do run into trouble, the guys in Herdwatch are only a phone call away and are very helpful with any queries or help you need.

“We are no longer writing down information on the backs of books. When I split the ewes last year for the rams, I had a list of tag number recorded in the diary that you’d be digging out to see what ewes were with what rams and it was just all very untidy and messy.

“Now it’s all on the phone and easy to get up information on those ewes and it’s the same with the cattle,” said Barney.

You too can join Barney and a growing community of over 17,000 farmers saving time on farm paperwork and making better on-farm decisions