The first annual Agventions competition in association with the Tullamore show has drawn to a close and we are happy to say that it has been a massive success!

We started with over 20 different Agvention entries which were then narrowed down to a shortlist of 11.

The shortlisted entries were judged on Friday the 3rd of August by a  judging team which included two representatives from the Tullamore Show National Inventions competition, a Dairy farmer and Herdwatch team member. The winner was decided by using a a combination of the 2,220 online votes and the judges strict criteria.

The overall winner Agvention winner, Tom Donlon from County Clare, received a cash prize of €250 and was entered in the Tullamore Show National Inventions competition free of charge. The three runners-up were also entered into the Tullamore Show National Inventions competition and received a 1 year complementary Herdwatch subscription.

You can see all the Agvention winners and entries here 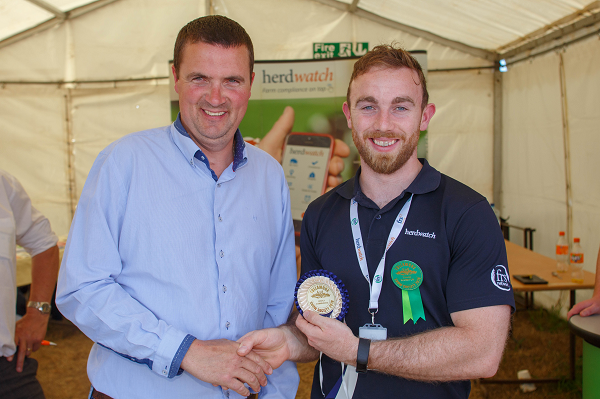 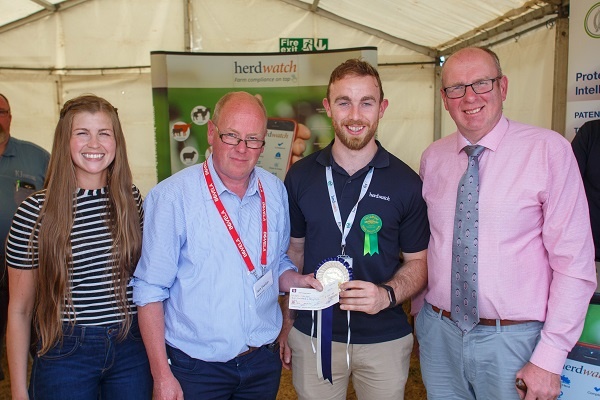 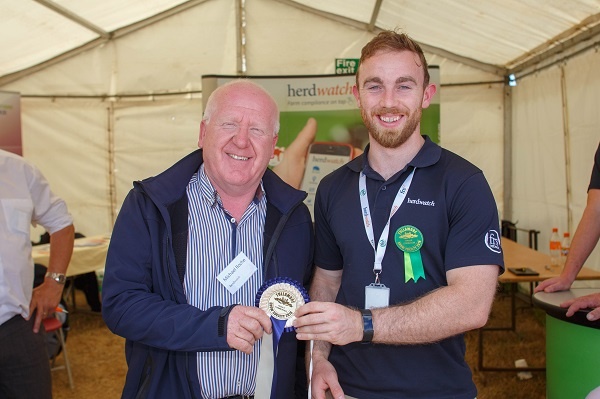 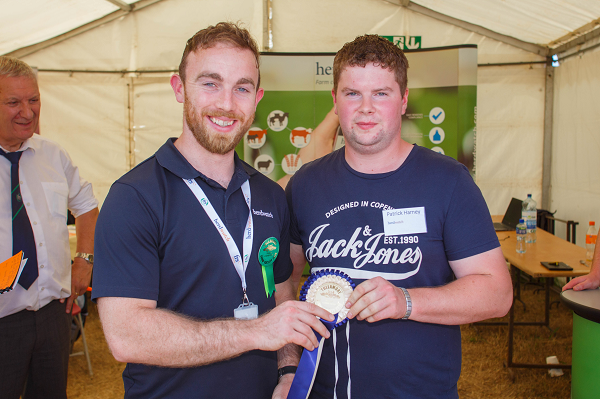 Patrick Harney, Agvention runner up, getting presented with his Herdwatch subscription. 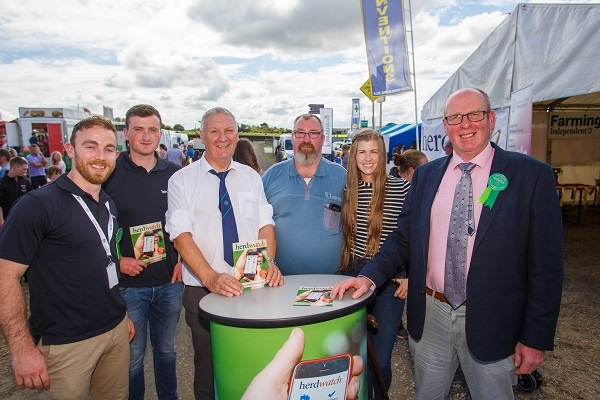 All smiles from Herdwatch, FRS and Tullamore Show team  after a successful day!

After the success of our first ever Agvention competition we are now looking forward to planning next year Agventions with our good friends in the Tullamore show.  Next year we plan to go bigger and better, so if you have an ideas for an Agvention, we are giving your plenty of time to turn your idea into an Agvention.

Previous "Join the Herd" We are recruiting!
Next Herdwatch is now available to Northern Ireland farmers